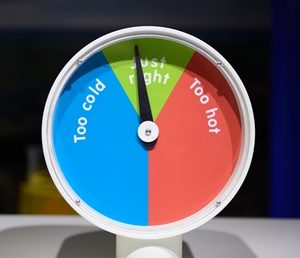 While many would have hoped for a ceasing of the above-average temperatures that have afflicted much of Australia as summer draws to a close, the March to May climate outlook report from the Bureau of Meteorology (BOM) surmises that there will be little respite.

The country will experience warmer than average days for the time of year, with much of New South Wales, Australian Capital Territory and parts of South Australian in particular set to feel the increased temperatures.

This has predominantly been attributed to a changing of the climate surrounding the country. Warmer than normal sea temperatures in the western Pacific Ocean off of Australia’s coast will be the main reason for the continual balmy conditions.

Long-term planning of the weather may seem a frivolous exercise, but BOM has a long history of accurate predictions. For the same March to May period in 2014, that vast majority of the points raised ahead of time came true – with at least 75 per cent ultimately proving to be accurate.

By region, the historical accuracy of the data is most telling in NSW, the Northern Territory and Tasmania, where much of what BOM surmises has a ‘moderate to high’ chance of becoming a reality.

While March to may typically represents a transitional period, changes to the wider Australian climate mean that the lines between seasons are being blurred.

Of course, this poses issues for those in a variety of sectors – but problems are exaggerated in agriculture in particular. Getting the best from resources in hot conditions is key, and a water conditioner is one of the most effective ways to do just that.

A solution from Hydrosmart can impact the salinity of any water collected from bores, making it more usable in supporting the growth of crops and good health of livestock.