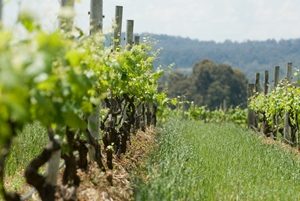 Despite above-average temperatures posing issues, viticulture and the wine industry in general across Australia had some welcome good news in January.

The country’s wine exports by both volume and value grew 1.9 per cent over the course of 2014. That accounts for a staggering 700 million litres of wine shipped to 121 destinations across the world for a total value of $1.82 billion.

One of the main reasons for the growth is extended interest in Australian ‘premium’ wines – those that typically sell for $7.50 a litre or more – from markets including North America, Europe and Asia.

Furthermore, the news is increasingly positive as it represents the first time that the wine industry has experienced such an upturn since the global recession.

“It’s encouraging to see the value of Australian wine exports in positive growth for the first time since 2007 and increasing demand for our premium wines was a major contributing factor to that growth,” explained Australian Grape and Wine Authority Acting Chief Executive Andreas Clark.

Mr Clark went on to outline how the market for particularly select wines is experiencing a huge surge in popularity.

If the positive figures are to be built upon over the next 12 months, water management issues across the industry need to be addressed.

Vines draw vital nutrients and minerals from the earth, and soil dampness is a key consideration for wine makers looking to secure the best possible yields from their crops.

To that end, utilising a Hydrosmart water conditioner can better unlock the bio-available nutrients in the resource, ultimately helping in efforts to stimulate consistent vine growth.