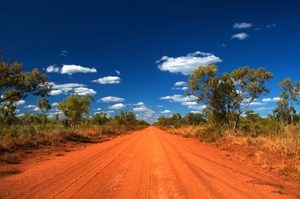 The Bureau of Meteorology (BOM) has released its definitive report on Australia’s climate across 2014.

Following a report published in January which confirmed the previous 12 months as the third-hottest on record, BOM has taken a wider look at the climate trends that have affected the country of late.

It concluded that 2014 was the year of the heatwave and prolonged warm spell. BOM’s Assistant Director for Climate Information Services Neil Plummer explained that “much of Australia experienced temperatures very much above average in 2014, with mean temperatures 0.91°C above the long-term average”.

Regional conclusions were also drawn, with the east of the country in particular experiencing abnormal weather patterns throughout the year.

“El Nino-like effects were felt in drier and warmer conditions in much of eastern Australia during 2014,” Mr Plummer continued.

The heat was often the main issue, but a lack of rainfall also posed problems. In particular, southeastern Queensland and northeastern New South Wales suffered from prolonged rainfall deficiencies.

That is especially harmful in the former’s case, as total crop output in the region is worth over $5.5 billion to the economy of the state, according to the Queensland Government Statistician’s office.

Nationally, temperatures across Australia have warmed by one degree since 1950, according to BOM. If that trend continues – as it did in 2014 – then those in agriculture in particular will have to learn to adapt.

Making the most of any water collected from bores or other applicable sources can be the first step in ensuring any droughts and hot conditions are dealt with, without drastically effecting output.

To that end, implementing a water conditioner from Hydrosmart can impact salinity and make resources more applicable for agricultural use. Furthermore, by using resonant frequencies to unlock the bio-available nutrients within water, the technology can help support crop growth.