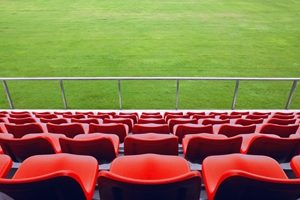 The ongoing Asian Cup has so far proved fruitful for Australia, but an unlikely foe could be set to stop the Socceroos in their tracks.

The quality of the pitch at Brisbane's Lang Park has been seriously questioned, with both the team's manager and a number of players voicing their concerns.

Not up to standard

"I've seen the pitch, it's a disgrace and not up to the standard it should be," Australian striker Robbie Kruse explained to The Guardian.

A smooth and consistent surface is an absolute necessity in football, and the onus will be on those in charge of the arena in Brisbane to ensure that issues such as this don't continue to arise.

The stadium also hosts rugby league, cricket and music events throughout the year, and it is thought that these may have gone some way to distressing the surface. However, Mr Kruse was pulling no punches in his assessment.

"Obviously rugby league plays hard on that surface, they have test matches and a lot of concerts as well but it's not good. It makes it difficult to play football. Brisbane has never had a good surface for as long as I can remember and I don't understand why," he said.

One of the key reasons that the pitch has fallen into disrepair is that it's likely to have been maintained using water with high salinity. Water without the suitable nutrients to support growth will quickly lead to a turf that's dry and not up to the required standard.

Hydrosmart offer a revolutionary water conditioner which acts on large minerals found in water and uses resonance technology to break them down. This can help unlock the goodness in the water, leading to a nutrient-rich supply that's perfect for supporting the growth of turf.

Furthermore, Hydrosmart will massively reduce the effects of scaling thanks to anti-corrosion technology, meaning that any sprinkler system being employed can be kept in only the best of health too.