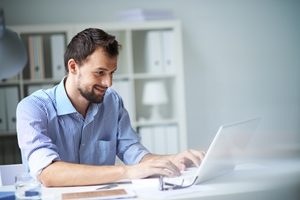 Being able to access water supplies is the lifeblood of farmers across the country, which is why it’s important to be aware of climate changes.

Farming success relies on the delicate balance between too much rainfall and not enough, otherwise operations could be put in serious jeopardy.

The Bureau of Meteorology (BOM) is aiming to eliminate some of the guesswork by updating its Climate Outlooks service. The system has been available for the past 25 years, but these latest upgrades should make it even more integral to farming operations.

Many farmers access the service to find out when there is an above average change of rainfall for the three months ahead, as well as any whether there’s a likelihood of increasing temperatures.

However, Andrew Watkins, the BOM’s manager of climate prediction services, explained how more than 900 Australians had helped developed the new modelling system – and many of them were from the agricultural sector.

“The new portal includes a suite of tools to improve the usability of climate information for decision-making, including the ability to zoom into specific locations, and short videos explaining the outlook,” he commented.

“Rainfall outlooks now provide the likelihood of receiving key amounts of rain, as well as likely rainfall totals, whereas previously the outlook only provided the chance of exceeding average rainfall levels.”

Dr Watkins revealed how climate outlooks are available for the next two calendar months and build upon the three-month seasonal outlooks that were already on offer.

Updates will be provided each month so users of the service have the opportunity to make whatever preparations they need to deal with potentially hazardous climate events.

Access to reliable supplies of water is essential in the agricultural sector, which is where Hydrosmart water treatment technology really comes into its own. It not only enhances water resourcing, but can also support plant growth.