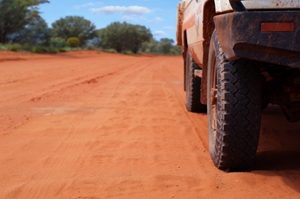 When drought conditions set in, the vast majority of those afflicted will look to the sky – and the sun in particular – as the root cause of the problem. While continual hot temperatures are certainly no help, the answer to water access issues across Australia could be a lot closer to home.

Two of the country’s leading water scientists have implored the government to look into further ways to tap into a hidden resource – the wealth of underground fresh water beneath the soil.

“A renewed fit of dam construction will not only waste precious water: it will also cause Australia to miss major opportunities to generate billions of dollars’ worth of mineral and food exports, create thousands of jobs, sustain cities, towns and regional communities and restore native landscapes across the continent. It will invest a lot of money for a relatively meagre return,” they explained in a Fairfax editorial.

As water evaporates incredibly quickly during the Australian summer, finding a solution that shelters resources is important. The proposed idea is that water can be collected during the wet season, and then pumped underground if need be.

Australia should be a world leader

In theory, this means that supplies would never run out and would ease pressure on those in agriculture in particular. The findings of Doctor Evans and Professor Simmons also outline that given its size and reliance on having enough water to support industry, Australia should be a world leader in resource management.

While that is yet to be case, there is a way to make water collected from bores – or even underground – more usable. That solution comes in the form of a Hydrosmart water conditioner. It can impact salinity and unlock the bio-available nutrients within the resource, while also keeping waste down to an absolute minimum.