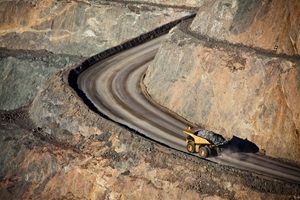 Mining magnate has a plan to drought-proof Australia

The mining magnate Andrew Forrest has devised a plan which he believes will solve water access issues all over the country, and ultimately drought-proof Australia.

While no stranger to taking on big projects and succeeding, Mr Forrest hopes that he can use his connections in the world of business to secure investment for improved irrigation in every state.

“Everything I know starts with a dream, and the dream I want to share with you is an Australia which does not fear lack of water,” he explained at the Australian Bureau of Agricultural and Resource Economics and Sciences (ABARES) Outlook conference in Canberra at the beginning of March.

Turning the vision into reality will take a monumental amount of work, with the basis of the plan centred on being able to harvest a massive 5,000 gigalitres from existing underground rivers which are as yet unaccessible.

The idea is that, as the resources are already in place, the project will be sustainable as a limited amount of piping and other irrigation networking will be needed.

“We have water basins which will allow us to minimise the infrastructure costs of constructing dams and pipelines. Let’s target local areas around these water resources,” he went to explain.

Mr Forrest has given himself a ten-year timeline to turn the concept into reality. While his focus has been on resources of a different nature in the past – his net worth as reported by Forbes stands at US$1.82 billion, all accrued through mining – his business background will stand him in good stead to get this latest endeavour off of the ground.

It is hoped that those in remote locations – and especially in agriculture – would be the first to benefit from the project. However, as the innovations suggested by Mr Forrest are still very much at the conceptual stage, those in the sector must look for different way to solve problems today.

To that end, employing a water conditioner from Hydrosmart can make water collected from bores eminently more usable. It impacts salinity and unlocks the bio-available nutrients in the resource, making it perfect for supporting agricultural crop growth.