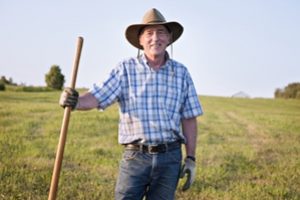 Southern Australian farmers may have warmer, drier-than-normal months ahead

Should farmers in southern Australian anticipate a spring that’s dryer and warmer than usual? The Bureau of Meteorology recently released predictions that El Nino weather patterns may still be possible in 2014, bringing with it below-average rainfall levels in the southern and eastern portions of the country as well as above-average daytime temperatures in the south.

The Bureau announced that its El Nino Southern Oscillation (ENSO) tracker remains at WATCH status, which means there is at least twice the normal risk of an El Nino coming into effect by the close of the year.

This news comes along with drier and warmer projections in the Bureau’s climate outlook overview, with September and November looking likely to be drier than normal for the southeast. Areas within the northern regions may see warmer-than-usual days as well.

Should such a spring and summer materialise, some farmers may find themselves needing to make the most of their water resource or even turn to old bores and other reserves to water their crops and stock.

However, often these options draw water of substandard quality, frequently with high salinity and other mineral deposits that can be detrimental to the well-being of livestock and plants. Such conditions can be spotted by tell-tale signs like poor lathering, limited suds, brown or dying plants, animals that don’t put on weight and scale on piping and equipment.

Despite attempts to predict the weather, rainwater conditions are never a certainty. With a proven, long-term solution in place, farmers can be ready for whatever Mother Nature sends their way.